skip to main | skip to sidebar

Here are a couple of doodles I drew during meetings at work (and I am paying attention to the meeting, too!): 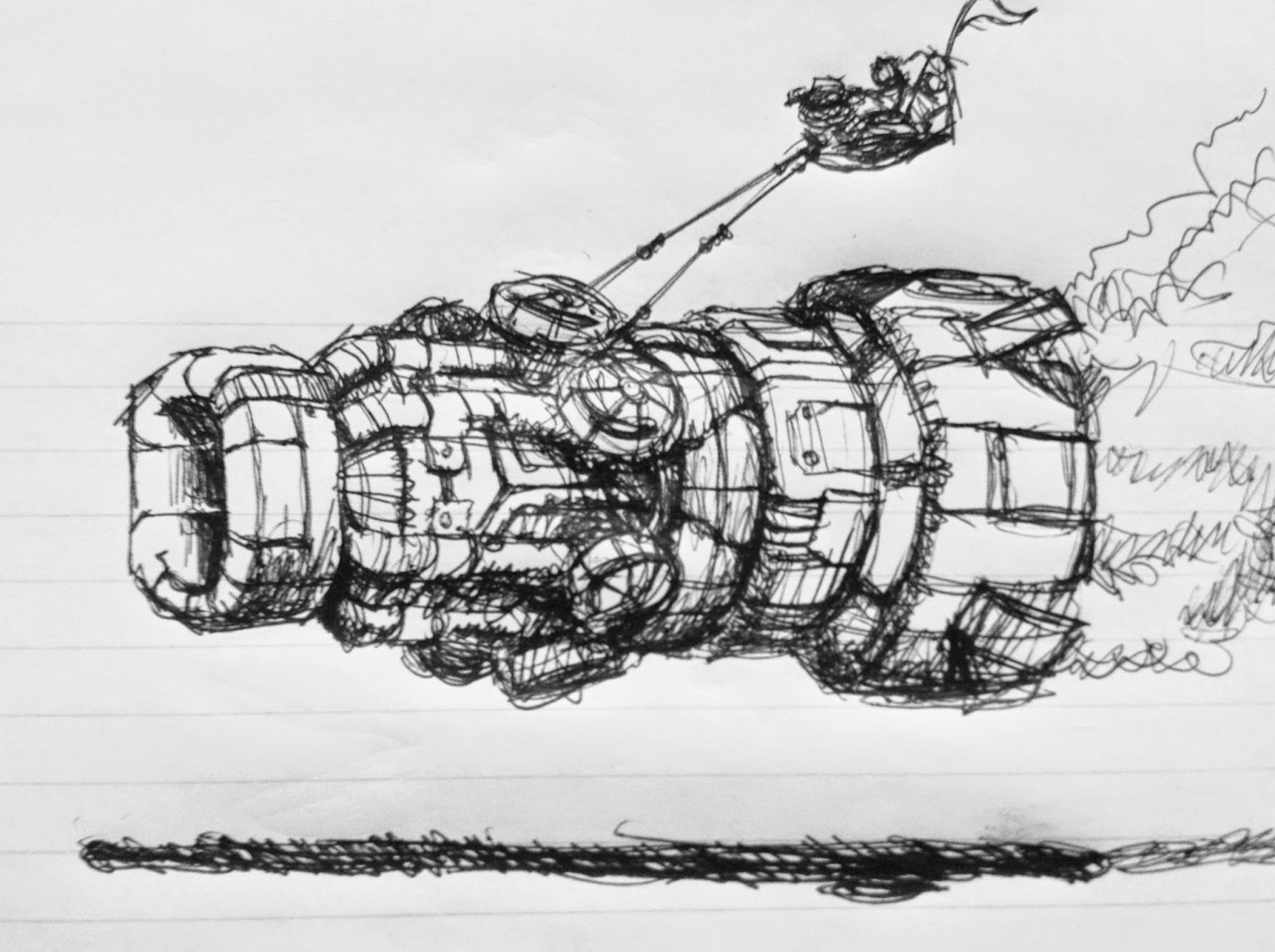 OK it's not original, but I have Star Wars on my mind for some reason.... 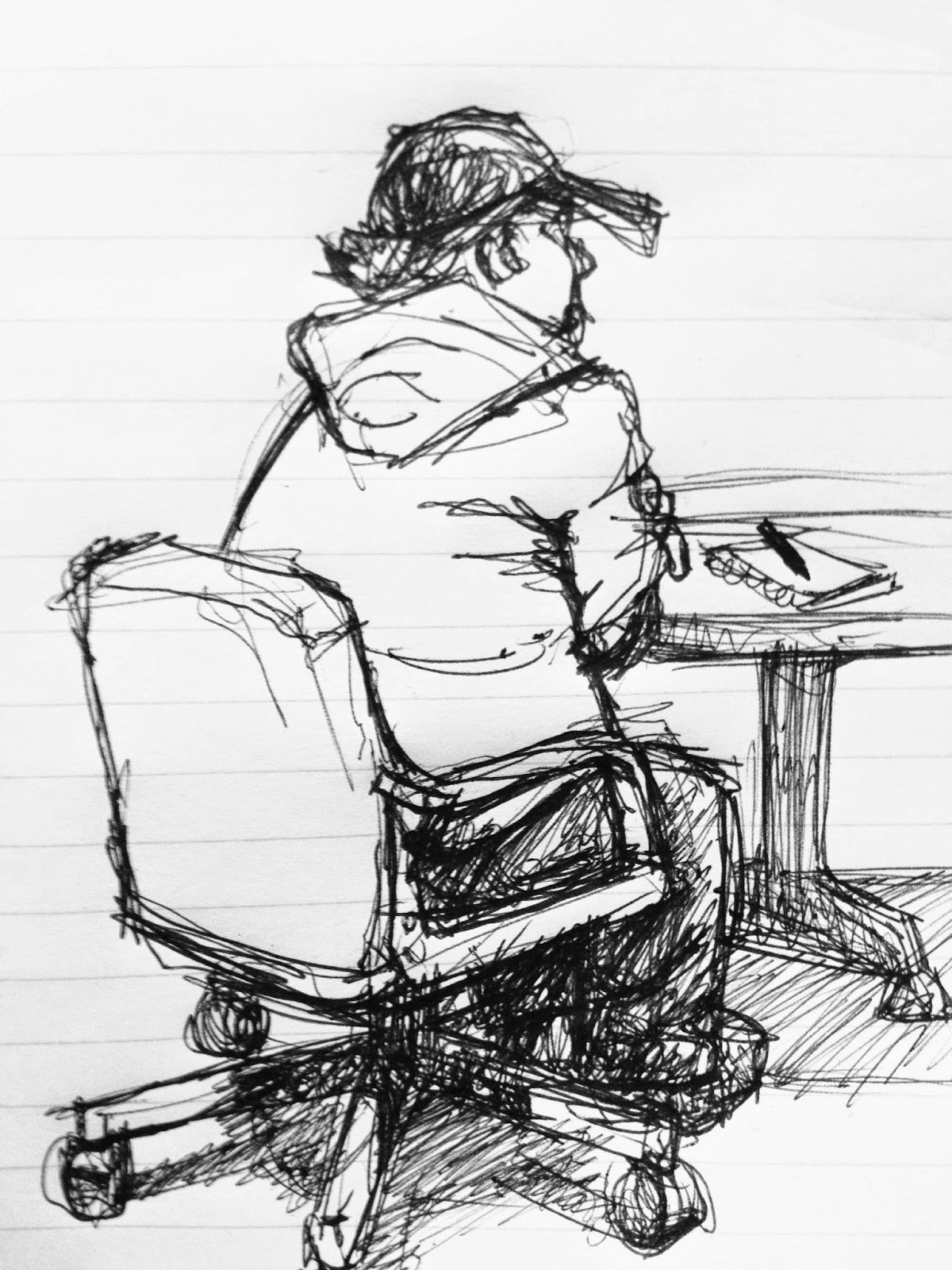 As if I'm not busy enough, I decided to take this awesome painting by Lee Petty , called Winterbolt, and make a Zbrush sculpt out of it: 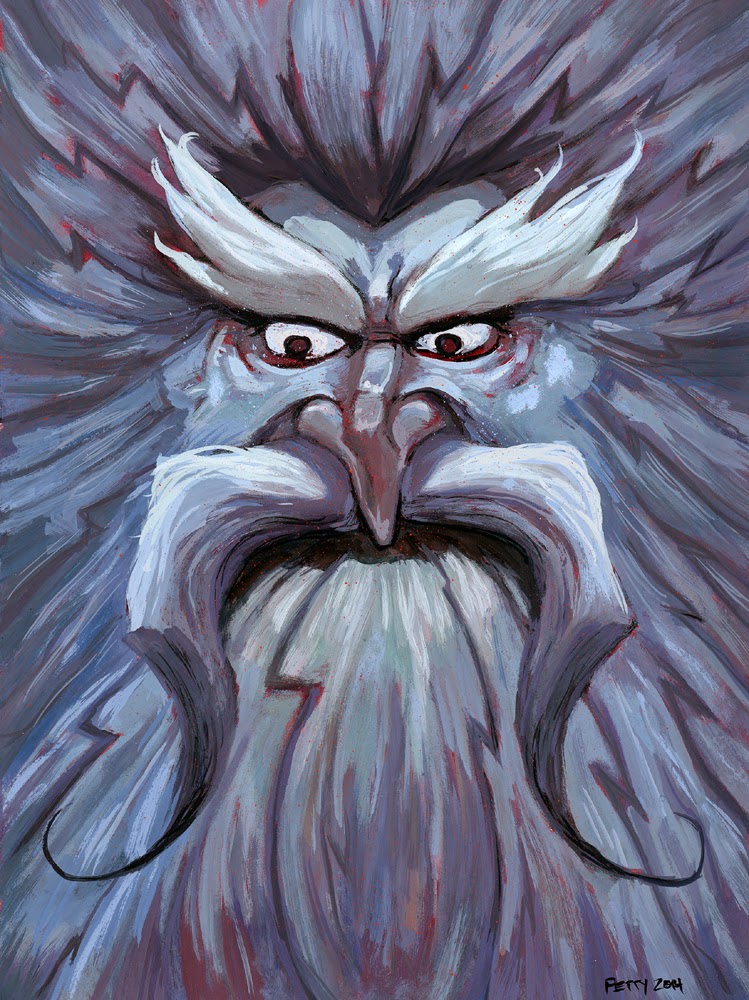 Below is my first attempt - mainly blocking out the head, facial features, and that crazy beard hair: 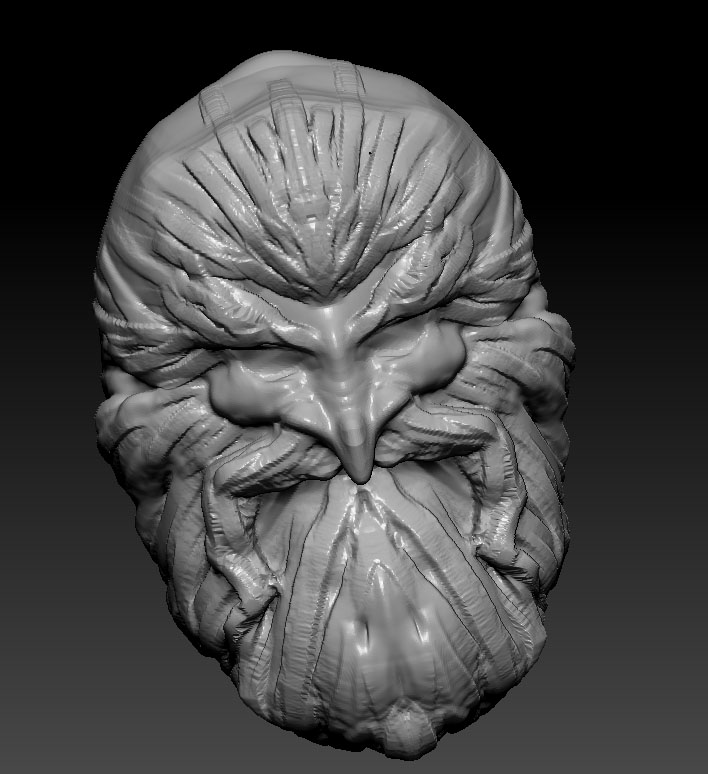 That's about an hour's worth of work...it's a good start, but it still has a LONG ways to go.

As always, thanks for looking!
F

Welp, in actuality, this asset was the first one I worked on for my hi res modeling exercises.  I decided to start with something familiar, specifically an asset from the game that I had worked on, Stacking:

The asset is a Zeppelin shaped buffet table inside a luxury Dual Zeppelin vehicle:

The concept art was illustrated by Lee Petty, who was also the Project Lead.  The image next to the illustration is my original attempt before coming to a several months long stopping point, where I reassessed whether to continue working on this asset, and if so, how would I re think my approach in constructing my hi res version of the asset.

So after a few months away from this asset, I returned to working on it.  I had decided to try to work more quickly, be a little less worried about the "tightness" of the mesh, and focus more on the "feel" of the mesh that I was constructing, to really express the fun in making this scene.   Also, I placed the asset within a context, since anyone outside of games would have no idea what is going on here: 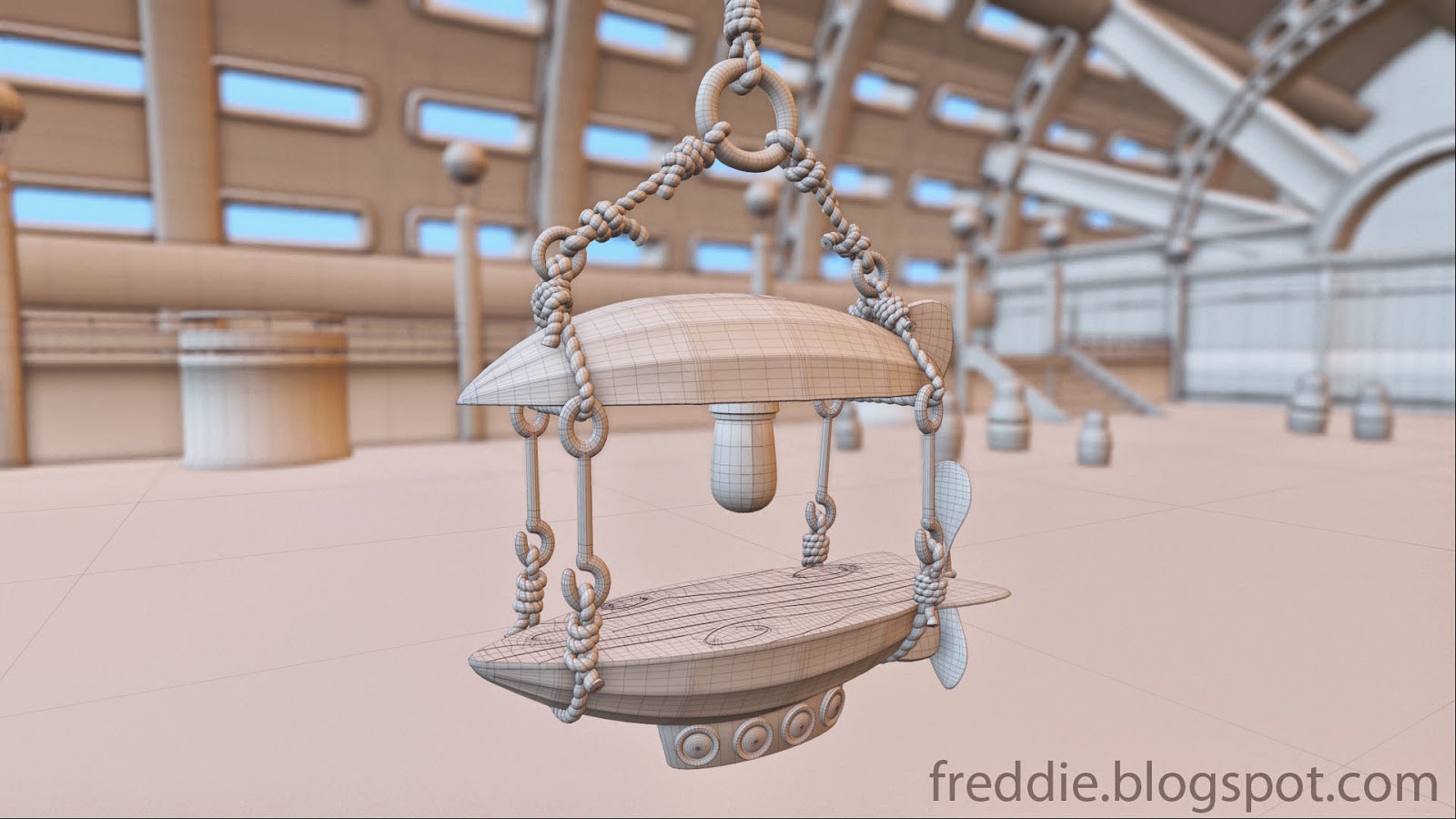 Then I thought, some basic lighting would help make the asset pop: 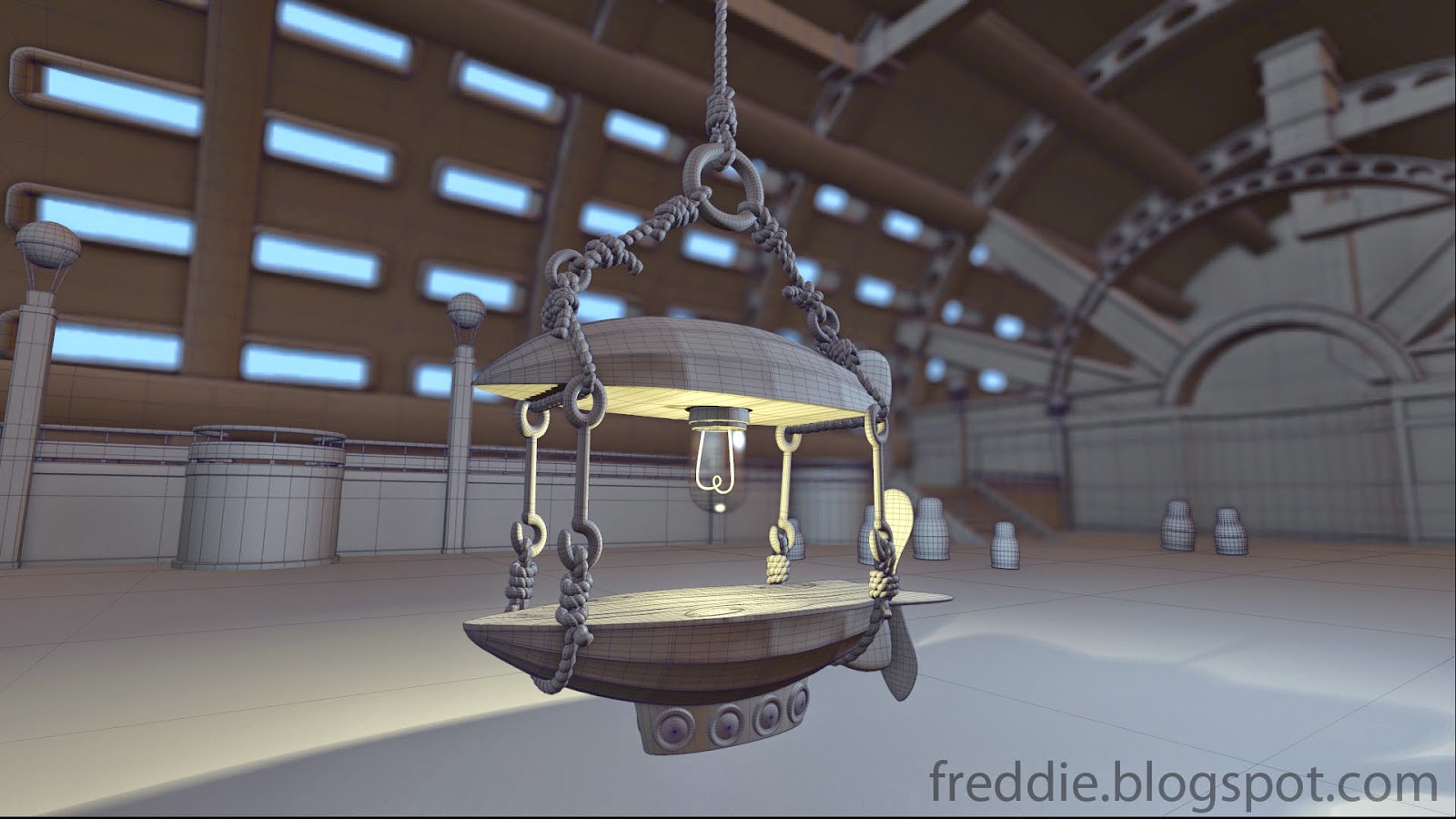 To add more context, I decided to show how the table would be placed, plus some background objects to play with scale, which was one of the visual direction from the game: 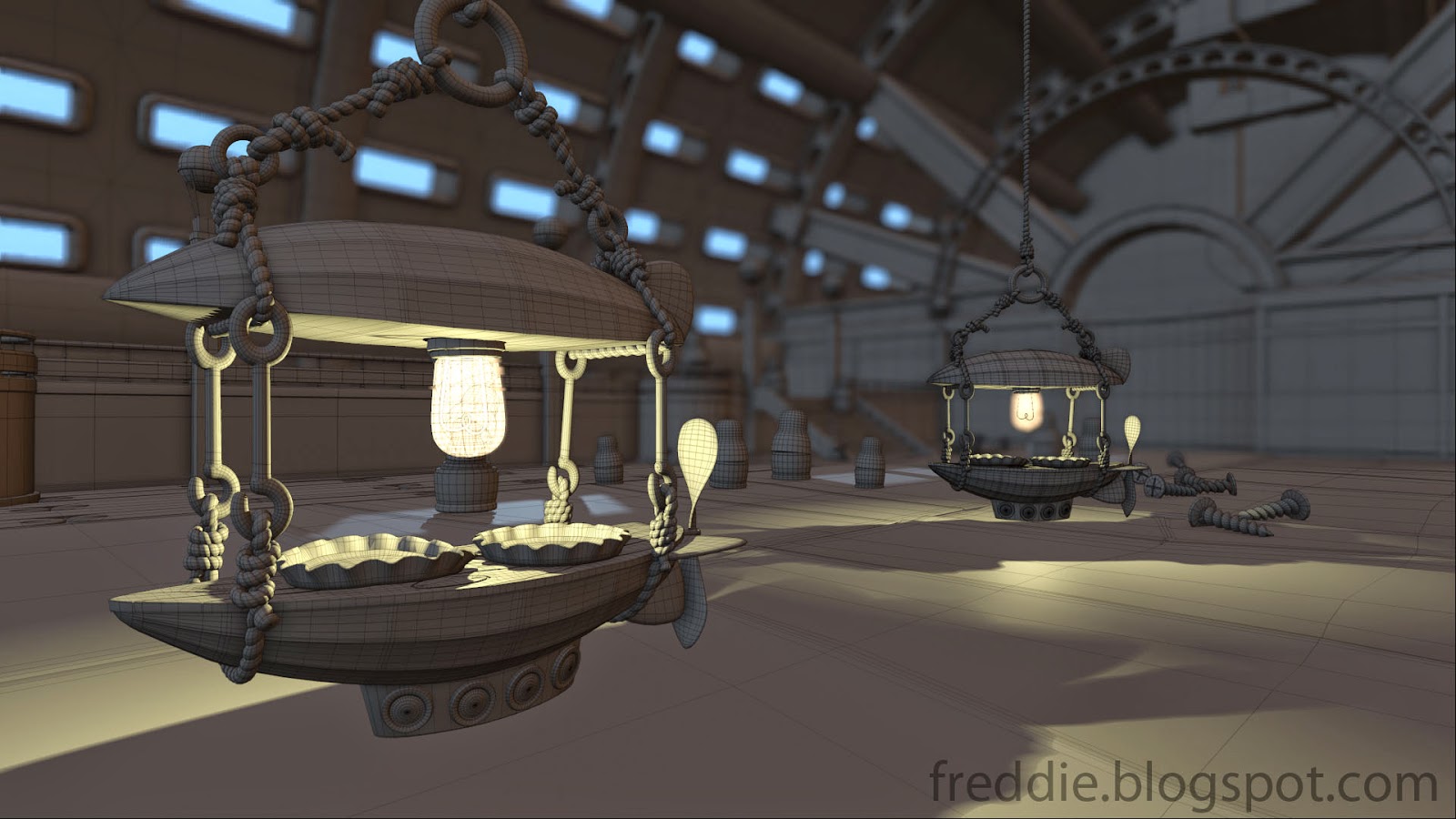 So there you have it, and still a ways to go, but it's getting somewhere.   Hopefully I will find some time to continue working on this scene, as well as the laboratory scene from the previous post, in the next few months.  In the meantime, thanks for looking!

So....it's been nearly FIVE years since my last post, and time sure flies.

And now,  I will endeavor to be more regular ... with my postings that is ... now that I am doing some hi (er) res modeling to keep my modeling muscles active.

So here is the first scene I'm working on, and it's a busy one: 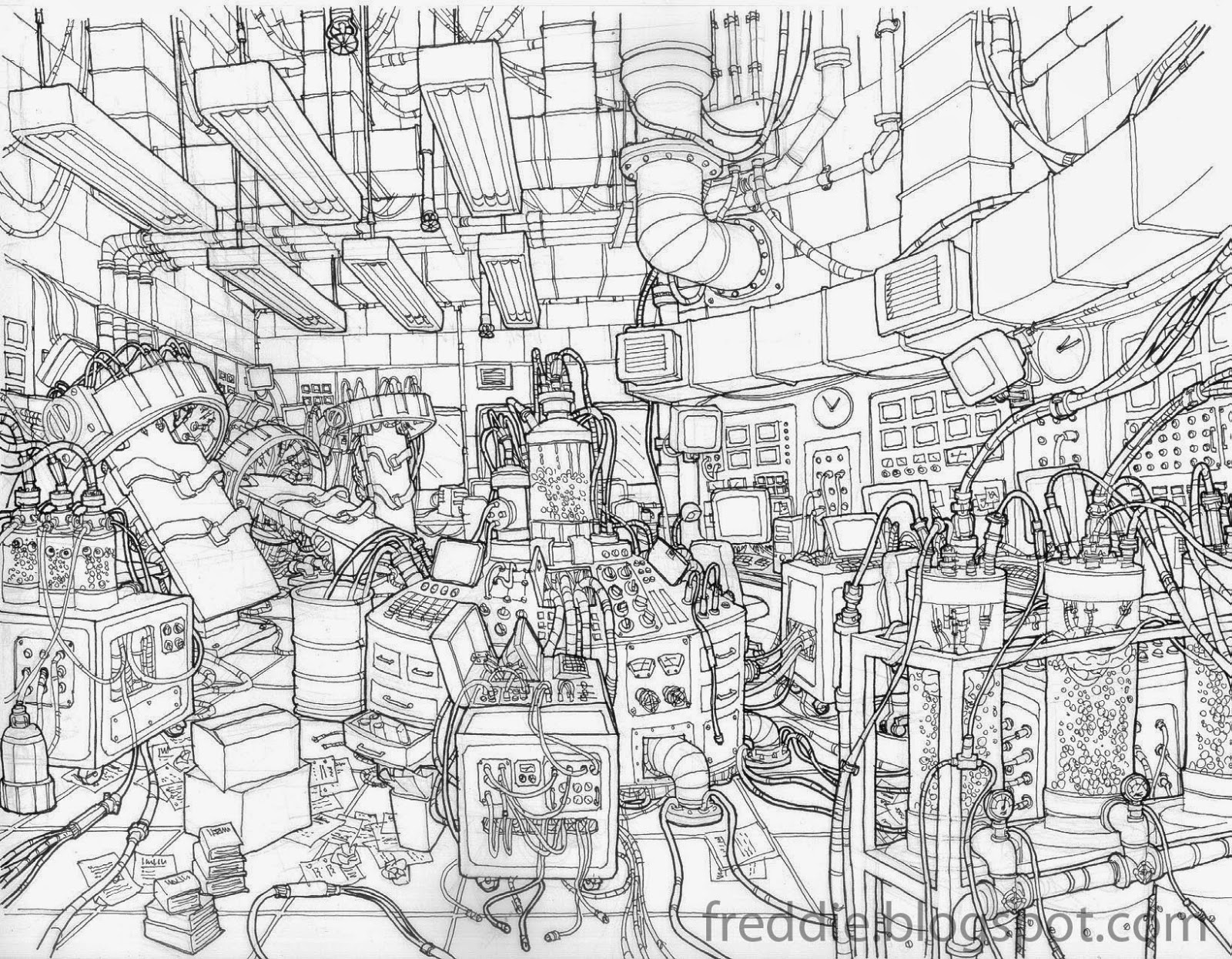 As has been my process since so many years, I start with broadstrokes, i.e., I block out the scene as quickly as possible to try and get the feel of the composition: 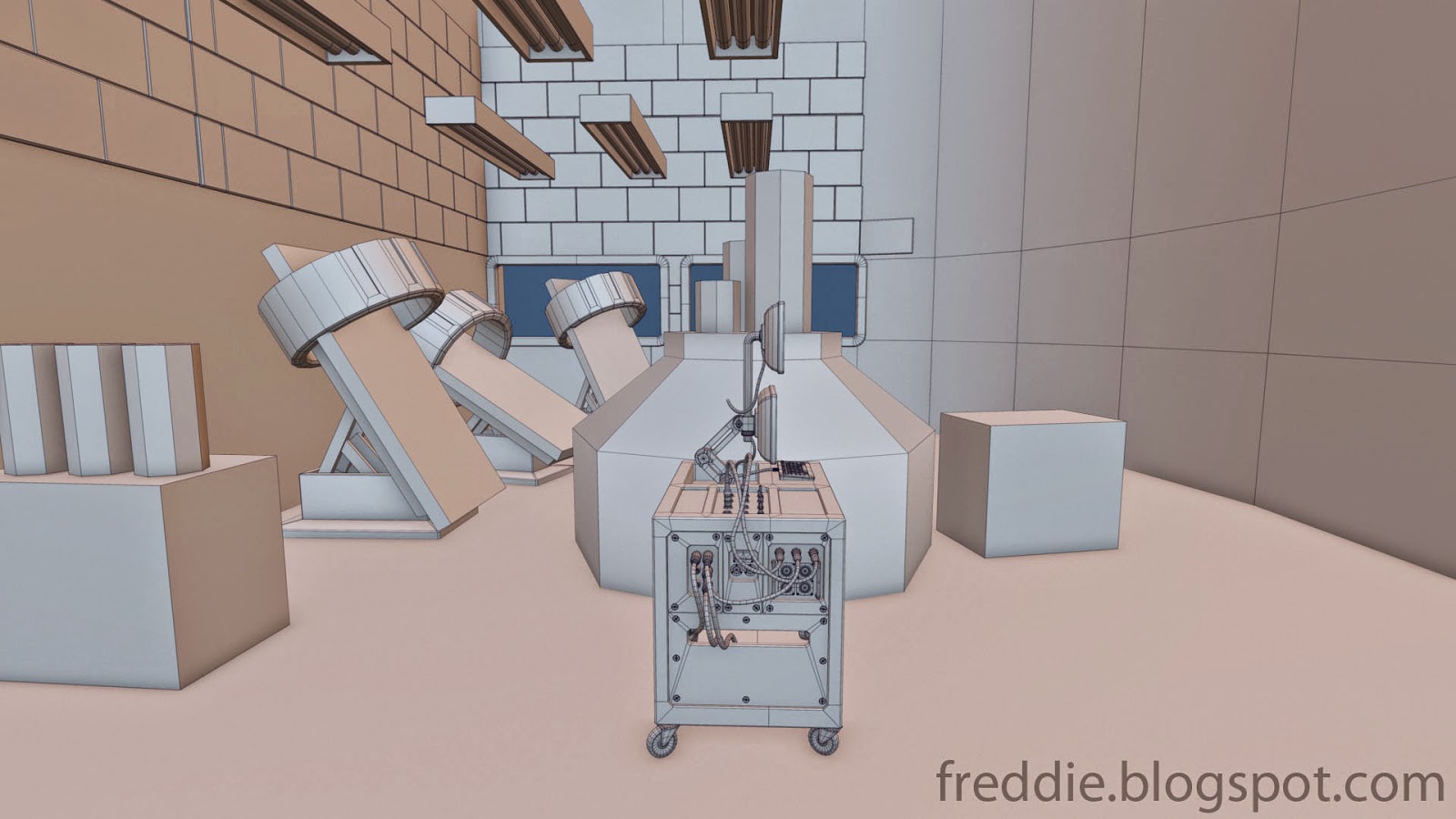 Here's another image with the block mesh developed further, and with some fleshing out of the geo: 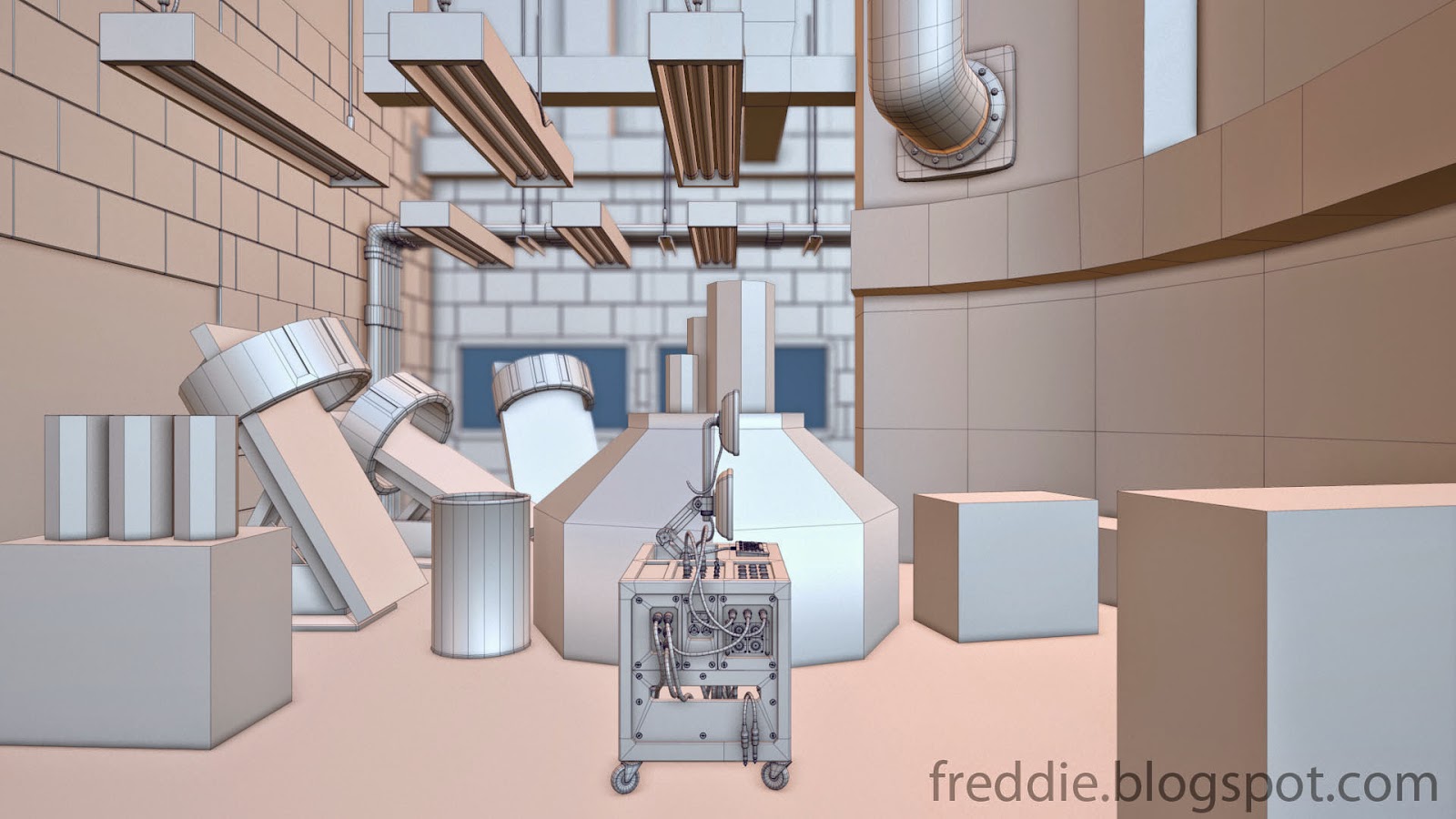 To take breaks from the scene, I elected to detail out the console at the center foreground of the image: 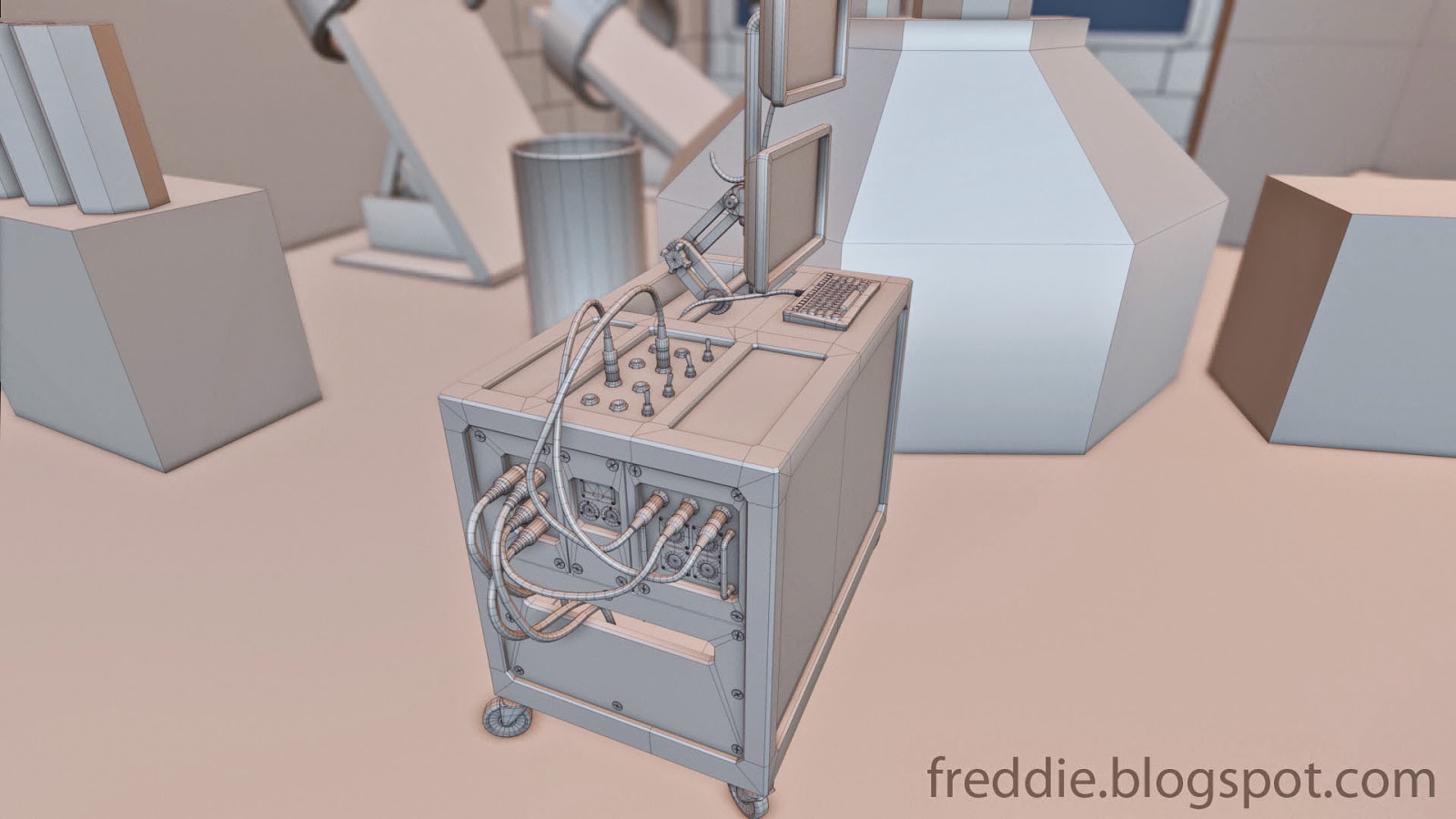 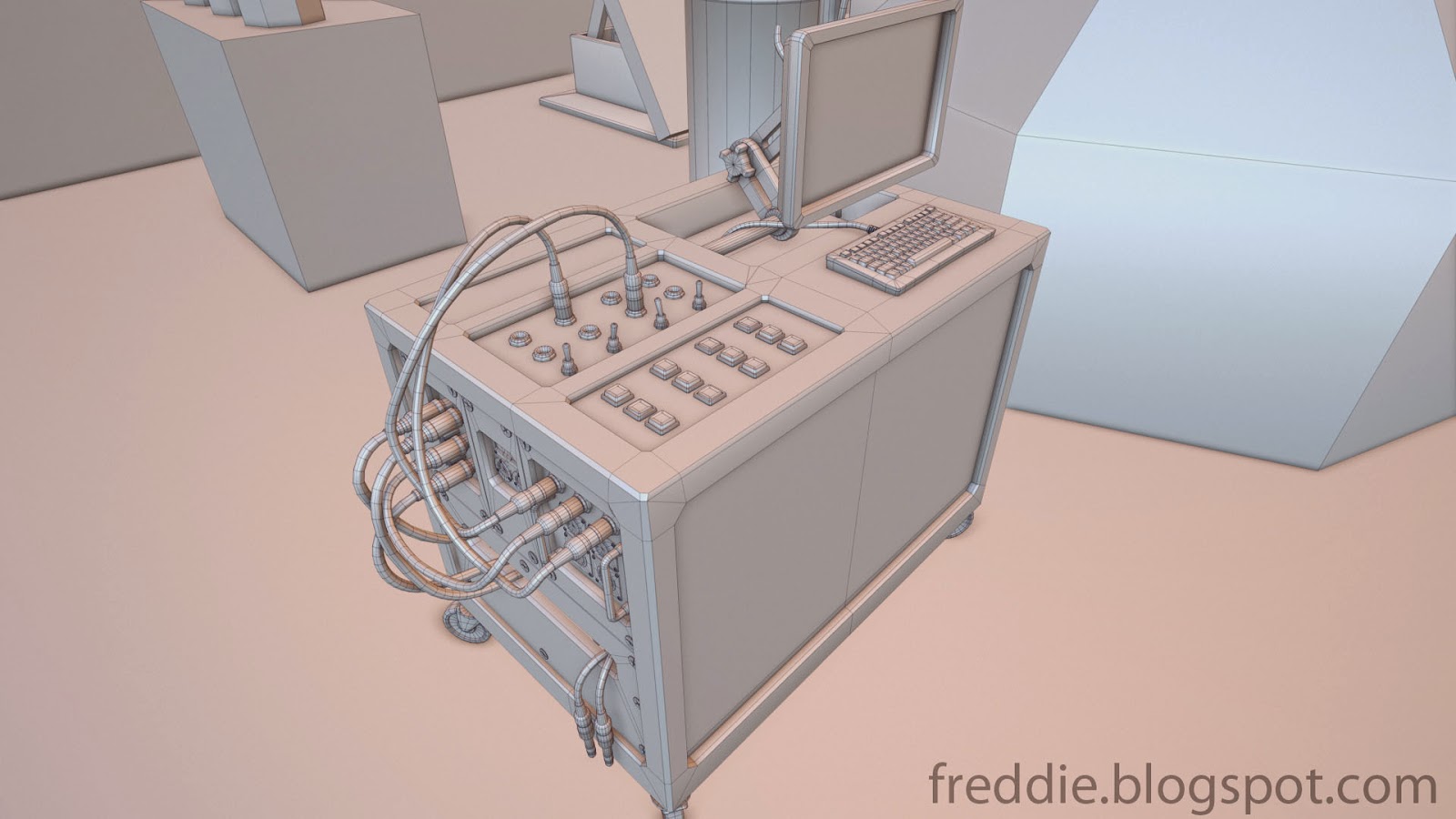 This is a start, but I got a LONG ways to go, so calling this a "Work In Progress" is an understatement.

Thanks for looking, and hope to keep posting more images as I continue to work on this scene. 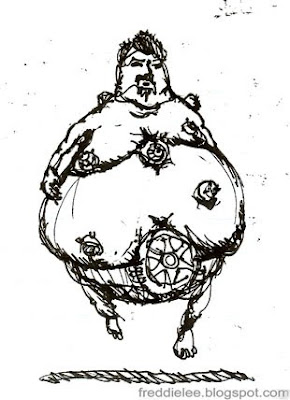 A respectful sketch of my buddy, Lee.

So it was one of those days where I started sketching Lee during a meeting he was running. I did a handful of caricatures, but this one is my favorite. I title it, Navigator Guild Lee: 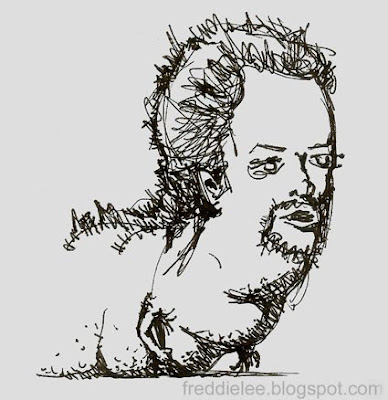 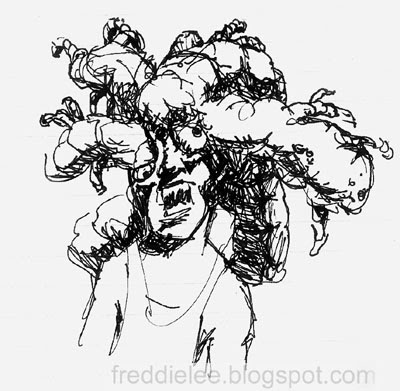 Funny how a quick sketch can often capture my original vision for a drawing better than the drawing itself... especially when this sketch came after the drawing.

I'm calling this one, "Over-thinking." Time to redo the drawing!
Posted by stringer7 at 10:11 PM 1 comment:

View my complete profile
All images Copyrighted by Freddie Lee unless otherwise noted.

Enough about me-check out these cool links...